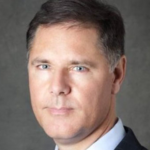 I recently interviewed Lionel Urban, who cofounded PCLender in 1997 and successfully sold it not once but twice—in 2011 to Black Knight (formerly LPS), and in 2017 to Fiserv. The second time Lionel sold his company, the resulting price reflected a significant increase.

In this interview, Urban offers invaluable advice for executives looking to grow their businesses, explaining what it took to get optimal valuation for his company, important lessons he learned along the way, and the pivotal role of marketing and public relations.

Q: I have heard you say that marketing and public relations were very important to the growth and eventual sale of PCLender. How important were they, and in what way?

Lionel Urban: Marketing and PR were critical to our success.  Yet, at first I didn’t realize how critical they would be.

When I was first approached by traditional marketing folks, I was told that it was important to build brand awareness and wear people down over time. In reality, effective marketing and PR were about getting the right message in front of the right people. Today, that’s more important than ever, especially with changes in how the media operates and the growth of personalized marketing.

The most successful startups are those that have found an underserved niche in their space—and can communicate that. But startups are not always great at describing the value of their solutions and why everyone should adopt them.

Your marketing strategy has to be about communicating your value proposition in a way that the people you’re trying to reach can hear it. Another factor is that your prospects—in our case, the lenders that were going to adopt PCLender—needed to hear something different than an investor would. That’s an area in which Strategic Vantage really helped us out.

Q: When growing and selling your business, how important was perception versus reality?

Lionel Urban: When it came to acquiring customers, prospects’ perception of PCLender and its size and resources was as  important as the facts. It’s not just who you are, it’s the perception of who you are. If your marketing collateral is on the level of a mom and pop company, it’s much harder get through the due diligence process of a bank or credit union. You need to make the investment in having polished collateral. The companies that were licensing our product and that we were partnering with wanted to work with a company that had their act together and looked polished.

Strategic Vantage helped us create highly successful ads and brochures, and wrote articles, blogs and a monthly newsletter for us, as well as generated and promoted a steady stream of press releases. All of these things helped establish PCLender as a thought leader and enabled us to communicate our value to the industry. It also provided validity to potential acquiring firms that they were making a good business choice in approaching us. In fact, both times we sold PCLender, an investment banking firm reached out to me after researching options for an acquisition online and through third party industry consultants.

Q: The second time you sold the company, how were you able to get a significant increase in the valuation? What was the difference?

Lionel Urban: There were several factors. The first time around, it was nice to have the cash in pocket and not have to worry about payroll. When I sold the company a second time, I was much more aware of how difficult it is for companies to build something as sophisticated as we had. This isn’t an easy niche to break into. We learned to appreciate that we were pretty good at competing with larger companies, and that there weren’t many new players getting significant market share. So, we basically stuck to our guns until the right opportunity came along.

Q: After you sold the company to Black Knight in 2011, you bought it back. How did that go?

Lionel Urban: Fortunately, in the three years after I bought back the company in 2015, our team was so motivated and really knocked down some big challenges. Marketing and PR were right at our side to communicate our progress. Quite often people think, “I can’t compete without all the resources my larger competitors have.” But actually, you do have some distinct advantages with a small team. Large firms generally set their business goals a year or two years out and have rigid projects in place to reach those goals. Because of this, they can’t shift quickly to accommodate new high priority objectives or refinements including new features, regulatory interpretation changes, or client specific needs. For smaller companies, the decision-making process is much faster, and so is your execution.

Q: Based on your experience, how can companies—even small ones—determine the right marketing and public relations budget?

Lionel Urban: This was not something I thought about in the early stages of the company – I was entirely product focused. But in terms of selling a business, your valuation is really driven by four things: the first two are the uniqueness of your product and the opportunity it represents to a buyer. This is followed by revenue and the pace of revenue growth.

The key is, if you don’t allocate time or resources toward marketing, or you don’t have a marketing strategy, you’re missing two of the components that go into your exit strategy. While it’s true you have to show the revenue and earnings increase, you also have to be seen by the right people. So marketing is an investment you should not ignore.

But the investment isn’t as much as many people think. In my case, my sales and marketing costs always ran less than 10 percent of my operating costs. Interestingly, in the 12 months before I sold the company each time, I knew I had to get more market share and started leaning more heavily into recruiting sales team members, marketing and PR. I don’t know if that’s a coincidence, but the offers we got to sell the company came after those periods of investment.

Q: Any other lessons you can share about investing in marketing and PR?

Lionel Urban: For startups, it’s often valuable to have a board of directors or advisors who can help provide guidance—not just in the form of strategy, providing connections and advisory services, but also around the ROI of investments such as marketing and PR.

And when pursuing marketing and PR, it’s equally important to like the people you work with and to enjoy working with them. If you do, and your values and company cultures align, you’re more likely to be successful. To me, it’s not about price. Is the agency you choose respected and liked in your industry? Who else have they helped? These are also important factors to me.

In the end, that’s why I chose and stuck with Strategic Vantage. The agency has a great reputation in the industry, and the team has tons of connections with people we were trying to reach. They were also a joy to work with, which made all the difference in the world.