7 Lessons from Kylie Jenner: How to Turn Lemons Into $1B Lemonade 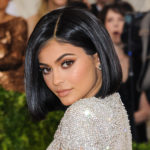 Maybe you’ve never heard of Kylie Jenner, the lesser-known half-sister of reality TV star and fashion mogul Kim Kardashian. But at age 21, Kylie is the world’s youngest self-made billionaire with a net worth of $1 billion, according to Forbes magazine. Facebook founder Mark Zuckerberg, by comparison, became a billionaire at age 23.

Of course, it’s debatable whether Kylie can truly be called a “self-made” billionaire. After all, she’s been a reality TV star since the age of 10. Yet Kylie started out as the underdog of her family, raised in the shadow of her famous half-sisters.

So how did Kylie achieve nearly $1 billion in net worth? It took a combination of great marketing strategies—and we would be smart to learn from them. Allow me to explain.

Kylie made herself famous by starring in reality TV shows and embracing publicity. She also actively leveraged social media, building and nurturing a following to fuel her fame. She was not a superstar by any means, but she established herself as a voice for her generation.

Then something happened. In 2015, Kylie faced a surge of criticism from her fans when she admitted that she’d had her lips injected with filler, when she had previously claimed otherwise. This revelation became a fiasco of cosmic (cosmetic?) proportions.

So what was Kylie to do? Instead of seeing this scandal as an embarrassment, she leveraged it to her advantage—she got lemons, and made lemonade. In fact, she made $1 billion worth of lemonade, providing an empowering story for every executive and company out there.

With this epic surge of attention and social media frenzy, Kylie launched Kylie Jenner Lip Kits, which ultimately became part of the incredibly successful Kylie Cosmetics makeup company that put her on the road to being the world’s youngest “self-made” billionaire.

Kylie’s world may appear very different to the world of mortgage lending, but there are many valuable, unexpected business and marketing lessons nobody should miss from this success story.  Check them out.

The most obvious lesson is to think of every lemon as an opportunity to make lemonade. Had Kylie cowed in embarrassment at the outcry over having cosmetically enhanced her lips, she could still be just another reality TV star. Instead she flipped the script.

In business, we get endless opportunities to flip the script like this. We simply have to think of how to do so.

Being well recognized makes achieving success much easier. But being well known doesn’t have to be tied to prior success. A company or business executive can be very well known as a result of active publicity and social media efforts.

So the lesson here is that it’s wise to focus on becoming well recognized, since success will then come far more easily. For instance, a company that is started by a well-known executive is much more likely to draw attention than one that is started by an unknown one.

It’s also wise to provide your “fans” with educational content. One of Kylie’s hallmarks is educating her followers through videos on social media, which have millions of views and create connection and buy-in with her customer base. Similarly, businesses can publish all sorts of content to educate and connect with their prospects, from thought leadership pieces to infographics and videos.

Keep in mind that 93 percent of B2B sales decisions start with an Internet search, according to HubSpot. The more publicity you create, the more likely your company will show up in online search results through articles or blogs written by you or about you. So don’t be bashful! Be sure to issue 1-2 press releases per month, publish 2-4 articles or blogs per month, post actively on social media, and get speaking engagements and awards whenever possible. Being vocal and showing thought leadership are important.

Create a persona for yourself and/or your business and be true to it. Everything you do should reflect that persona, from the tone of your website to the look of your business cards. Consistency breeds trust and familiarity.

Understand who your audience is and speak to them in their language, through outlets they frequent. Are you targeting Millennials, or business executives in their 40s-60s? Your older prospects are far more likely to be reading trade journals and monitoring LinkedIn, whereas Millennials are getting their latest news and information on Instagram and Snapchat.

Create a personal connection. Your customers want to get to know what’s behind the business and who drives the company, which creates brand loyalty. Don’t be shy about posting behind-the-scenes photos of people at work or in meetings at your office, or photos of your last business trip or company picnic. It builds a stronger bond between you and your contacts. See how I do this on LinkedIn at www.linkedin.com/in/rosalieberg/detail/recent-activity/

Fame is not built overnight—and persistence pays off. Whether you’re fanning the flames of publicity by posting on social media, publishing articles and blogs, issuing news releases and speaking at conferences, know that fame can take time to develop, but can pay off in droves when the time is right.

You may read this blog and wonder how in the world you’re going to implement these lessons yourself. After all, it’s very hard to do one’s own publicity, social media and keep a full time job. That’s why companies small and large count on agencies that have the connections and the public relations and social media know-how—as well as the experienced industry writers—required to help companies and executives achieve fame.

Whether your goal is to become a billionaire or not, with the right help, publicity and social media can be leveraged to your advantage. To find out more about how this works, just drop me a line at Info@StrategicVantage.com.

Enjoyed reading this blog?  Then you may like these, too:

How to Get the Press to Love You