3 Surprising Lessons from the Trump-Clinton Campaign 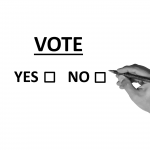 We pretty much saw it all during this campaign.  The Democrat nominee was not much of a surprise, but on the Republican side it seemed a bit like a publicity stunt when Donald Trump first took the stage (with 16 others) during the primary debates.  I’m not sure what the Vegas line on Trump was at the time, but I’m guessing a $100 bet back in August 2015 would have yielded lottery-sized winnings on Election Day.  We had conventional wisdom shaken up, we had the media exploited as never before, and we had a result that most could not have imagined possible just 18 months before.  Three critical business lessons stand out in the aftermath of the most remarkable election campaign of the past 70 years.

1. The Underdog Can Win

Hillary Clinton, following in the footsteps of Obama and with a lifetime of political experience, seemed poised to win.  But after eight years, many tired of having Democrats in charge.  Was it due to the sluggish economy, despite the administration’s best efforts to convince voters it was booming?  Was it the instability of the Middle East and the threat of ISIS?  Was it because the Cubs won the World Series, and that was enough to convince the electorate that the end was nigh unless something changed?  Well, probably not the last one—but with Trump routinely drawing rock star-sized crowds for his appearances, there were clues that something unprecedented was afoot.  Apparently, everyone hated Trump except the voters – despite what millions felt was an uncertain commodity with sketchy packaging.

The lesson: never count the underdog out, despite what seems to be apparent on the surface.  If there is dissatisfaction with an AMC, a technology vendor or a settlement services provider, the top of mind candidates are the ones that will be considered first.  Don’t let your brand go unnoticed.  Become a contender, a thought leader and the logical choice when prospects desire change.

2. We Are Influenced by the News

Hillary was impacted by the FBI investigations and her opponent’s allegations of corruption; Trump was accused of every sort of hate crime, which is still fueling post-election protests.  The news undoubtedly had a huge impact on the outcome of the election, even if it came in a form the news media did not anticipate. In fact, news coverage replaced advertising for Trump to a tremendous degree.  No matter what he did, it was covered – to the chagrin of candidates throughout the primaries and into November.  This calls to mind the old Hollywood adage that any publicity is good publicity, or “I don’t care what the papers say as long as they spell my name right.”  Of course, this is usually not true in business, even if it worked for Donald Trump.

The lesson: appearing in the media with positive news can influence how your prospects perceive you more than virtually any other factor.  With the right publicity on your side, the impact can be “Yuge.”

The news media influences your prospects in their decision-making, whether or not they are aware of it.  News coverage is subliminally powerful, creating lasting impressions.  If there are stories that depict you as an expert and quote you as such, that lends tremendous credibility to your cause.  Also, once reporters have successfully interviewed you, they may include you on their “short list” of experts for future interviews on similar topics, so there is a snowball effect that can lead to stories that spotlight you and your offerings.  Just as importantly, industry publications love thought leadership articles from industry experts, especially as they predict future issues or provide meaningful insight on prevailing problems.

Unlike campaigns of recent history, neither politician won over the masses with their image.  On one side we had a bizarrely-coifed, spray-tanned Trump.  On the other, we had Hillary Clinton, who looked more mainstream but to many appeared fake, uncharismatic and robotic. These candidates were far outside the usual politically squeaky-clean requisite norm – and we had more voters than ever who said they could not vote for either one in good conscience.  That is a startling statement about the image of the two finalists for the most powerful elected position in the world. Now consider the impact on the election if either had possessed a great image; there’s a good chance the outcome would not have been nearly as close.

The lesson: like politicians, companies and their executives have an image that invariably sways prospects.  Would you want to be associated with a company that has a poor image?  Companies and executives have a unique opportunity to create a prospect-friendly image with strategic messaging and visually appealing branding.  Image is not a replacement for substance, but it helps newcomers display their merits and enables established players to create distinguishing elements that influence success like few other things can.

If you would like to leverage the power of publicity and marketing to bring your company’s image to heights you might not have thought possible, just contact us at Info@StrategicVantage.com.  Our tremendous experience and great relationships can help put your company in the winner’s circle.  (Bad haircuts and pantsuits are optional, but not recommended.)

And if you enjoyed reading this blog, pass it on!  Others may enjoy reading it too.